You are in:
Home / Staff / Di Donato, Nadine 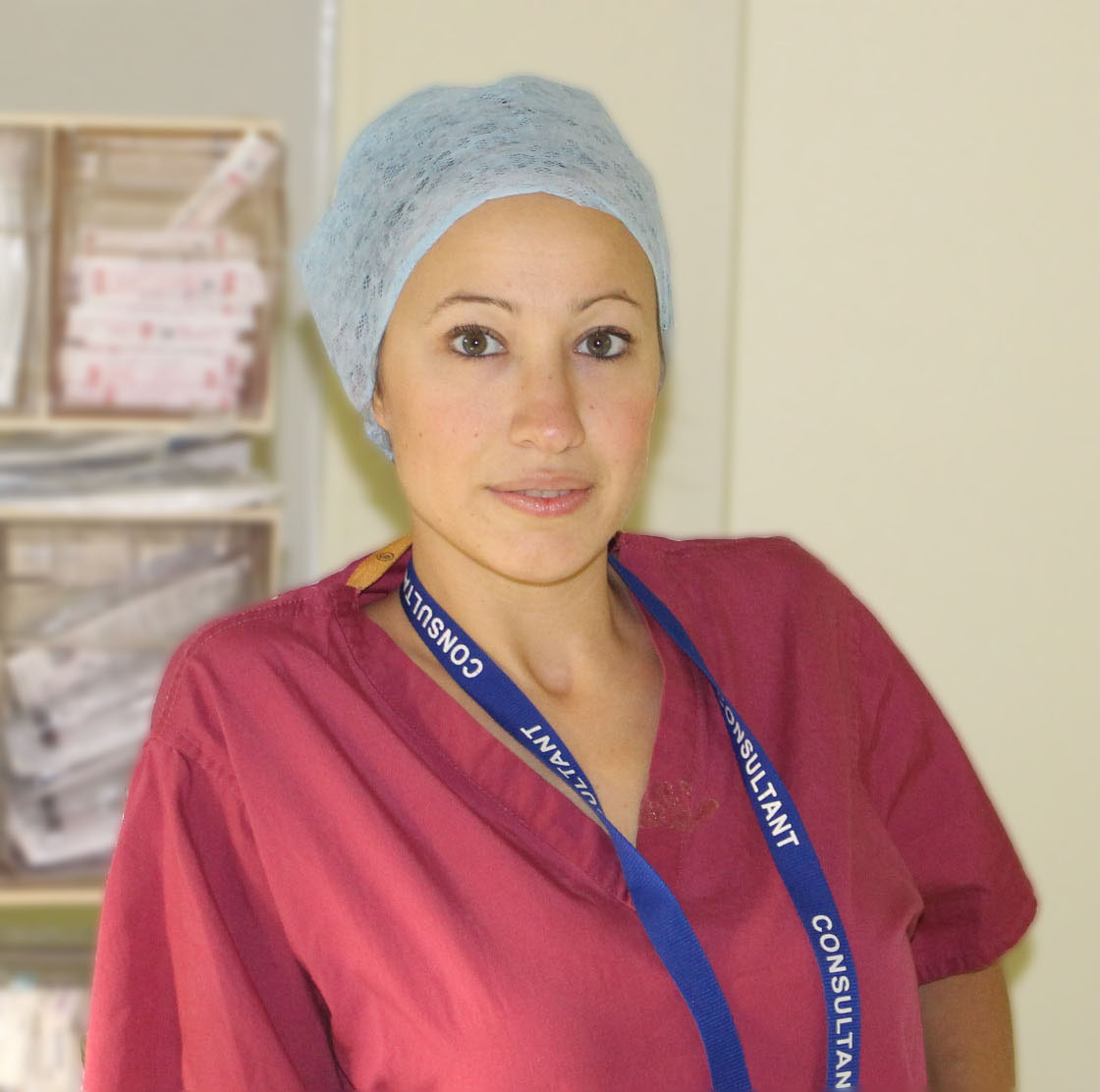 Miss. Nadine Di Donato, Consultant Gynaecology and Laparoscopic Surgeon, Queen Alexandra Hospital, Southern Endometriosis Centre, Portsmouth, United Kingdom. Nadine has completed her specialty training in Obstetrics and Gynaecology at University of Bologna, which is the oldest university in the world, known as the highest-learning and degree-awarding institute. She has focused her career in advanced laparoscopy and endometriosis for more than 10 years. In the last 4 years, she has worked in British Society Gynaecology Endoscopy centres, St Peter Hospital Chertsey and Queen Alexandra Hospital Portsmouth.

She has an excellent academic record with strong independent research skills resulting in peer-reviewed published work. She has published numerous articles in endometriosis and benign gynaecology. She is member of the British Society Gynaecology Endoscopy and invited faculty at several national and international conferences.
Areas of interest
Nadine specialised in advanced surgery for benign gynaecological conditions and in particular in endometriosis and chronic pelvic pain.

Follow the M27 and use exit 12 (Cosham).
At the traffic lights, follow the road straight ahead (Southampton Road) towards Cosham.
Turn left at the 2nd set of traffic lights.
At the traffic lights take the exit road left into Sevenoaks Road and bear right into the hospital main entrance.
The multi-storey car park will be on the left. The north car park is clearly signposted.
From the North

Follow the A3M south to Junction 5.
At the motorway roundabout take the 3rd exit marked for Drayton/Cosham.
Follow this road until you reach the roundabout (Cosham).
Proceed straight across into Southampton Road.
At the 1st set of traffic lights turn right into Sevenoaks Road and bear right into the hospital main entrance.
The multi-storey car park will be on the left. The north car park is clearly signposted.
From the East

Follow the A27 westbound until you reach the junction marked Cosham.
At the roundabout take the 3rd exit marked for A3 Cosham (Northern Road).
Follow this road until you reach a further roundabout (Cosham).
Proceed straight across remaining on A3 Northern Road.
At the next roundabout take the 1st exit into Southampton Road.
At the 1st set of traffic lights turn right into Sevenoaks Road and bear right into the hospital main entrance.
The multi-storey car park will be on the left. The north car park is clearly signposted.

Portsmouth City Council has provided interactive maps on their website for people wishing to cycle to Queen Alexandra Hospital as part of their My Journey campaign. These maps can be accessed here

Please note there are a few cycle paths which lead directly to the hospital, however the main routes to the hospital will be via the roads mentioned on the routes above (for cars).

Members of the public riding their bicycle to Queen Alexandra Hospital can leave it in one of more than 100 spaces for bikes. The bike areas are situated in the multi-storey car park and outside the North Entrance, Emergency Department and the Paediatric Emergency Department. The bicycle racks can also be viewed here on a map of our hospital site.

Bicycles are left at the owner’s own risk.

Services run frequently from Portsmouth city centre and surrounding areas, with some buses stopping within the hospital grounds and may be displayed on timetables as ‘Queen Alexandra Hospital’. Other buses stop near the hospital and you should look for stops near ‘Cosham’ if possible.

Please note that you should contact Portsmouth City Council and the Transport Commissioner if you wish to make a comment about any bus route change.

The nearest train station is ‘Cosham’. This is approximately 10-15 minutes walk from Queen Alexandra Hospital however it is uphill and if you suffer from any condition where this may affect you we would recommend using a local taxi or bus (numbers 8 and 11A). For further information visit www.nationalrail.co.uk or phone 08457 48 49 50. 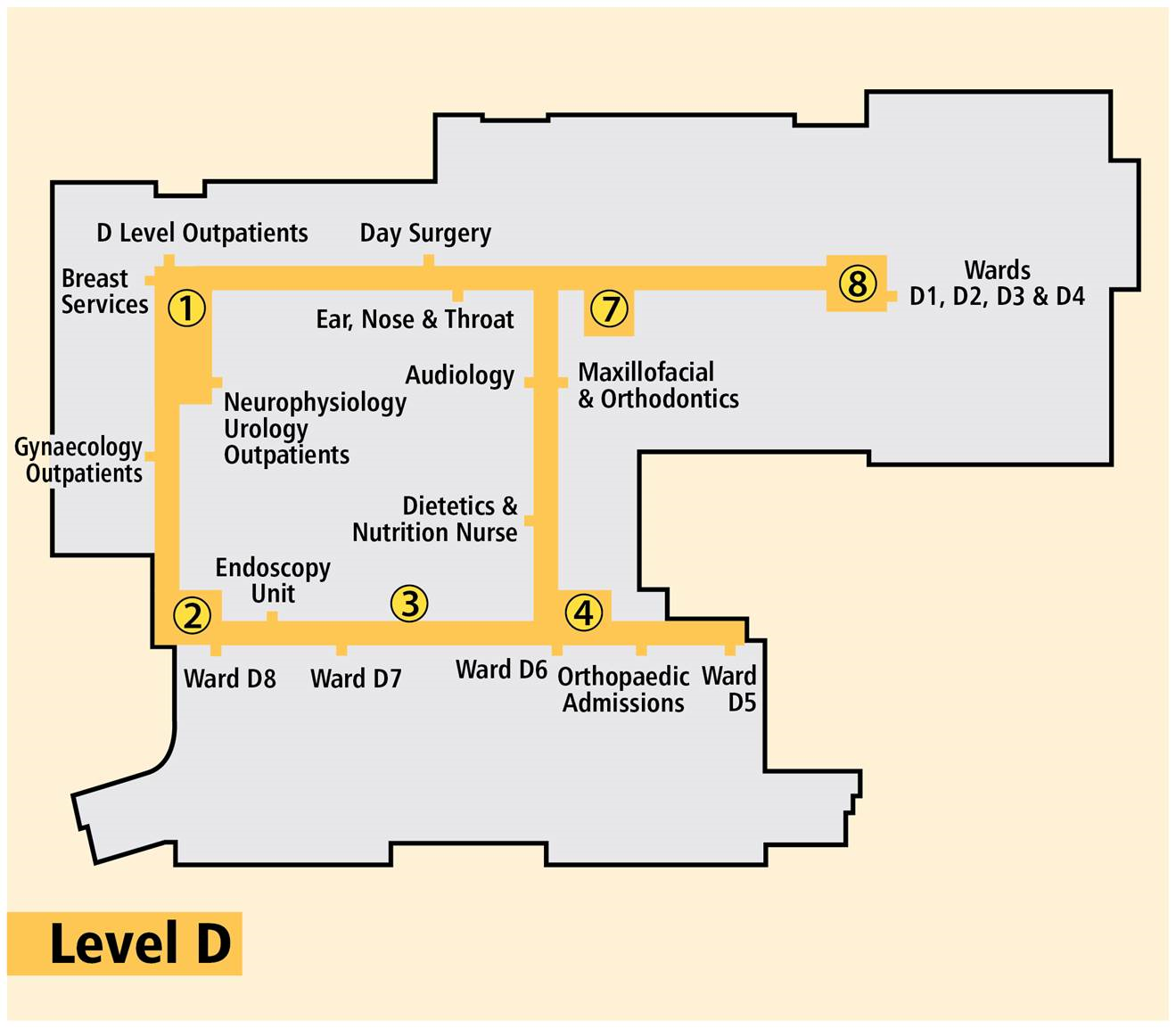