If you think you may have coronavirus symptoms including a new continuous cough, high temperature or loss of taste/smell, please do not come to the hospital if it isn't an emergency. Visit the NHS111 online service for advice.

Keep our busy emergency department free for emergencies. If you require urgent medical advice, which isn’t life threatening please contact NHS 111 either online or by phone.

All visitors, outpatients and staff are required to wear a face covering at all times while at the hospital. We also ask that you carry out a lateral flow test before visiting the hospital.

Visiting or accompanying patients is possible in some areas, please see our most up to date guidance here.

Stephen Smith, 70, had a heart attack in 2006. Stephen works on the tugboats and started having tiny shooting pains in his chest. However, it was not until he was inflating his canoe at the beach with his wife and things started to feel really unpleasant that they began to get more concerned. His wife suggested he get an appointment with their GP who referred Stephen for an ECG and have some blood tests. An electrocardiogram (ECG) is a simple test that can be used to check your heart's rhythm and electrical activity. 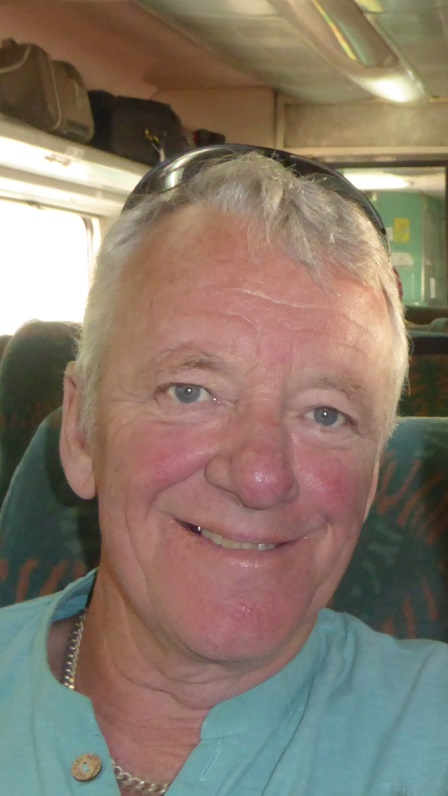 Stephen said: “I had a call from my GP who said I should pack a toothbrush and come to the Emergency Department with my referral letter as the ECG results had said I’d had a heart attack. I ended up in hospital for three weeks waiting to have a stent fitted to my heart, so it was good they caught it when they did. It was during that time that I was asked if I would be willing to take part in a six-year research trial called REVEAL which was looking at a new treatment for high cholesterol.

“I’ve never had problems with my cholesterol but I lost a mate of mine a few years ago when he was only 46 and it scared the life out of me as he was so fit and healthy. Also, after a big, life-changing event like a heart attack you don’t just want to be discharged from hospital and left to your own devices. I was impressed with the extra care and attention I would get from being on the trial and also the regular monitoring and blood tests. I found it all really reassuring, so I signed up. I still don’t know to this day if I was given the cholesterol drugs or the placebo ones!”

Later, in 2017, Stephen saw an advert on the TV encouraging people to go and get checked out if they had been experiencing a cough for more than a few weeks. This was something Stephen had been suffering with for a while, so he decided to go back to his GP. A chest exam did not show signs of anything unusual but he was referred for a CT scan nonetheless. This showed a shadow on Stephen’s neck which turned out to be thyroid cancer so he was referred for a thyroid ultrasound and given the opportunity to take part in the Elation research study.

The ElaTION trial aims to find out whether a new ultrasound method will improve detection of cancer in some thyroid nodules. Currently, the recommended way of examining thyroid nodules is by doing an ultrasound and using it to guide a needle into the thyroid lump to get some cells. These cells are examined under a microscope to determine whether the lump is benign (non-cancerous) or could be malignant (cancerous). However, it is sometimes difficult to definitively diagnose the nodule, and patients have to have the procedure again. In some cases, patients have surgery to remove nodules which could not be diagnosed with the needle test.

The new technology being trialled on the ELaTION trial could be much better at detecting and diagnosing those thyroid nodules and so reduce the number of patients who have the diagnostic thyroid operations, which is why the trial is so important.

Stephen’s ultrasound and needle test showed that he had low risk thyroid cancer. He had surgery to remove the thyroid gland, and was then offered a place in the IoN trial. The IoN trial aims to find out if giving a treatment called radio-iodine ablation (RIA) after thyroid removal is necessary. If low-risk patients such as Stephen responded well to the treatment without the RIA then this may not need to be given to patients in the future and would avoid the hospital stay and side effects of the treatment.

Stephen said: “I’ve just had my injections and I am waiting to do my tests which are looking for spikes in a particular hormone called Thyroglobulin. Once the trials are over they can see if I have the all-clear or if I still need to have the radioactive treatment. The way I see it I have lost nothing and I may not even need to have the radioactive treatment at all as a result of this trial.”

“I will always do a research trial if given the opportunity as it’s comforting to know I am not just being processed and then out the door. If someone offers you a research trial, just get on with it. It not only helps the research team in our fabulous NHS system, but is extremely comforting as a patient and will help other people going through the same as you in the future. The trials team are really flexible too. I work shifts, three weeks on and three weeks off, and they worked around me to fit in with my time off and made sure the trial had as minimal impact on my life as possible. I still have the odd follow up question for the REVEAL trial now, even though its long finished, but I am happy to help in any way I can.”