Rob Thompson, 48 from Clanfield, was diagnosed with stage 1 cancer of the oesophagus at Queen Alexandra Hospital in Portsmouth in 2015. 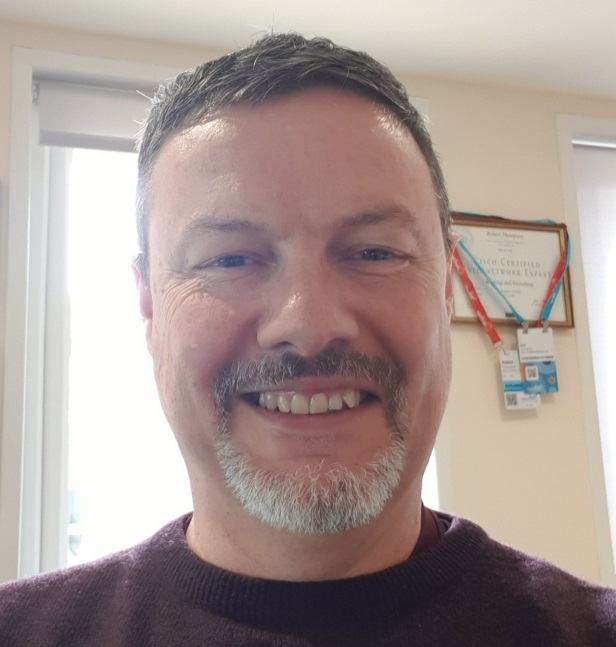 Rob explained: “It was totally unexpected. I have suffered from reflux issues for as long as I can remember. I had to have anti-reflux surgery done after I had a hiatus hernia when I was 21, but never really thought anything of it. It was not until I went for a run one day and started to feel really unwell that I decided I needed to get it checked out. It was very lucky that I did.”

“After my initial appointment, I was sent for a biopsy and a few days later I had my diagnosis. This was an incredibly scary time as the survival rates for cancer of the oesophagus are not great and basically give you five years to live after diagnosis and even less if it had spread to the lymph nodes.

“So I started the truly gruelling treatment phase straight away which included ‘Radio Frequency Ablation’ and ‘Argon Plasma Coagulation’ to burn away the tumour in my throat. This meant I had to have an electrical knife on the end of an endoscope passed down my throat to strip away the lining of my oesophagus and take the legion away from the underlying muscle. This was incredibly painful and I had to really dig deep to find ways of getting through it. I could not eat for weeks afterward and I had to try and swallow pureed food. It was really tough.

“I was approached about a two separate research trials during the course of my treatment. One was for a type of medication to reduce bleeding after my treatment and the other was simply for information gathering. I just thought that if they reduced my pain, helped me heal quicker or helped other people not have to go through what I was, then why not?”

Rob took part in two trials. The first was called ChOPIN which stands for ‘Chemoprevention of Premalignant Intestinal Neoplasia’. In layman’s terms this was an information gathering study which looked at information from patients with hiatus hernia to try and identify any new hereditary factors. It looked to see if there was something in Rob’s genes to help medical professionals understand why this condition develops and perhaps provide new targets for therapy.

The second trial looked at whether a new drug could effectively manage the bleeding during Rob’s treatment. One of the challenges to the endoscopic treatment Rob had is managing the bleeding from small blood vessels. Currently the vessels are cauterised using an electrical current delivered through the endoscopic knife. However this research study was trialling a new drug – a clear gel that is applied to bleeding vessels and gently stops them from bleeding. This is better for the patient as it potentially causes less damage to the tissues. Furthermore, it does not need to be applied precisely to the blood vessels as the gel will spread out over the area, so it is potentially easier for the endoscopist to get to the right places.

Rob added: “If it were not for my early diagnosis and the proactive research at QA hospital, I would not be here today. Now I have real long-term outcomes. I still need to keep a close eye on things to keep the cancer at bay, but I don’t have to worry about a five year death sentence hanging over my head any more.

“The research trials I took part in didn’t involve anything onerous or invasive and just ran alongside my treatment plan. One of them even took place while I was under anaesthetic or sedation, so I didn’t even know it was happening. Every little helps while you’re having cancer treatment so I really felt that taking part in the trials was the best thing I could have done.

“I am incredibly lucky that the cancer had not spread to my lymph nodes and that it was caught in time. I would urge anyone who has reflux issues to get checked out asap. I would also recommend taking part in research trials to anyone. The team have been fantastic to me and really personable so that part of my experience was incredibly positive.”