Paul Moodie, 70, is originally from Australia, but moved to the UK back in 1972 after meeting his wife. They were married in 1974. Paul spent his entire professional career at sea working his way up from cadet to captain in the Merchant Navy. Now retired, Paul lives in Warsash with his two dogs Flossie and Phoebe. 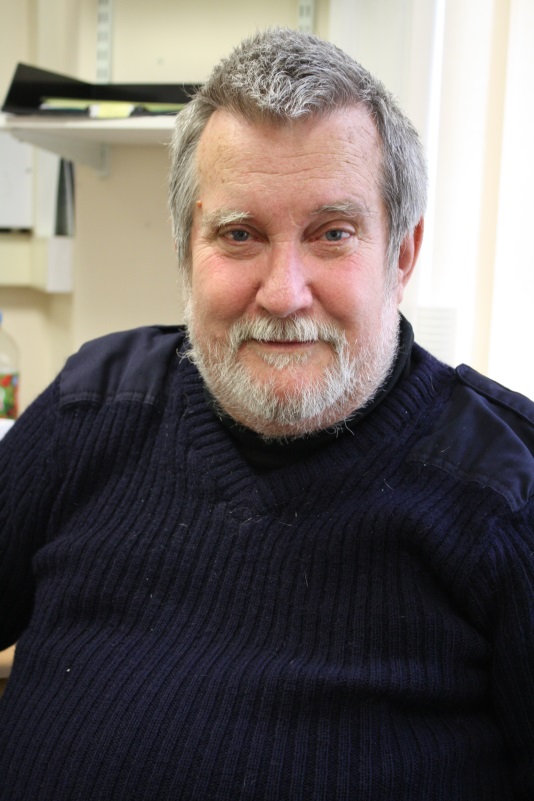 In 1984, Paul was diagnosed with an enlarged heart. In fact it is around 30 per cent bigger than it should be. He said “People always said I had a big heart! The truth of the matter though was that I had a very short life expectancy. How I’ve managed to last this long is mystery!”

Paul was approached by the research team during a normal routine appointment at Queen Alexandra (QA) Hospital in Portsmouth and asked if he would be interested in joining the IRONMAN Study.

Paul signed up immediately and said: “I strongly believe in medical research and doing everything I can to help the health service. I started giving blood at age 14 in Australia and continued to do it whenever I could until I was diagnosed with an enlarged heart. Anything you can do in life to help you should do. Big or small, it will make a big difference somehow.”

Paul has been part of IRONMAN Study, for a number of years. Patients with heart failure commonly have iron deficiency and this is thought to contribute to the symptoms they experience, including shortness of breath and fatigue. Some previous studies have suggested that by correcting iron deficiency with iron injections patients may feel better.

This is a British Heart Foundation funded study which has been prioritised by the National Institute of Healthcare Research (NIHR). There are currently 65 sites across the UK aiming to recruit a target of 1300 patients. Around 750 patients have been recruited across the UK so far with 68 recruited at Portsmouth alone.

Paul is part of the control group and comes in every 6 months for regular check. The control group is very important for the study as they receive standard care for their heart problems, and are used a compare group against those receiving the iron injections.

Paul’s story had an unusual turn of events when he came into the hospital for one of his routine appointments. The research team get to know their patients very well and it was noticed that Paul was not his usual self. Paul reported that he was feeling unwell.

In order to find out what was wrong. The team measured Paul’s blood glucose levels. A normal reading on a blood glucose monitor is between four and six, but Paul’s reading just said ‘High’. After further test were completed it was revealed that his actual reading was 40!

Paul said: “My blood sugar was dangerously high and they wanted to admit me there and then. However, I said I had to get back for my two dogs, as they could not be left on their own. I promised to come back as soon as they were sorted, and it was a good job I did as I was in hospital for five days in the end!

“Being part of this research trial literally saved my life. Although I am part of the control group, the nurses keep a close eye on me and that’s a good thing as I had no idea how ill I actually was. The team are not only efficient and competent, but are always cheerful and my dogs can’t thank them enough.”

If you are interested in taking part in a PHT clinical trial, you can get involved by asking your doctor about clinical research and whether it would be a good thing for you. You can find out more at http://portsmouthtechnologiestrialsunit.org.uk or you can contact research.office@porthosp.nhs.uk