You are in:
Home / News / #RespectAndProtect campaign at PHT: David's story 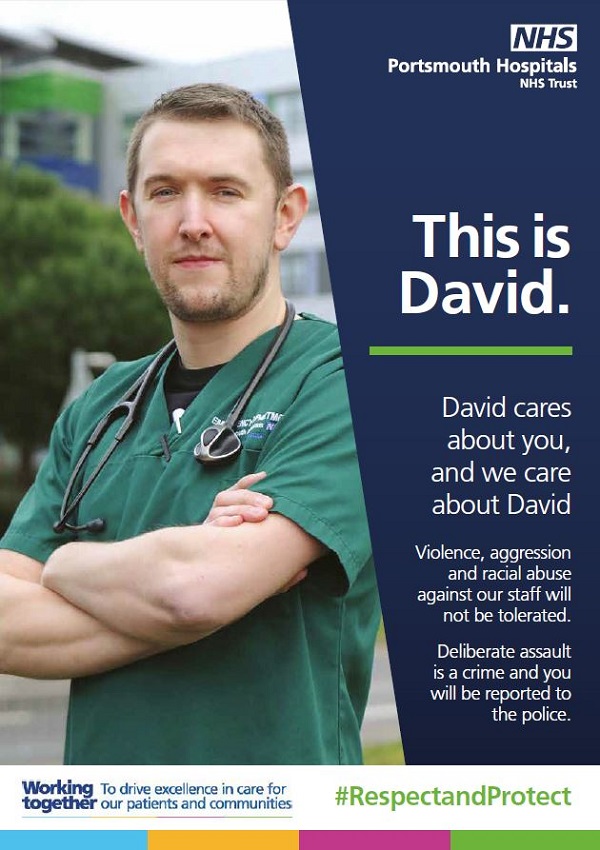 Our #RespectandProtect campaign looks at raising awareness of violence and aggression against our staff and reducing these incidences in the future.

David was working in ED when a heavily intoxicated patient spontaneously stood up and punched him in the face. David said: “He approached me, there were a lot of profanities and then, without warning, he swung his fist into my face. I find it disgusting that I was assaulted in my place of work, it’s truly unacceptable. Staff and other patients should not be subjected to violence or threats in what is meant to be a place of safety.”

The Trust security team intervened immediately and took the patient outside where he was arrested by police. He was later prosecuted under the Assaults on Emergency Workers Act 2018 and received a four month jail sentence, which was suspended for a period of eighteen months.