You are in:
Home / News / QA nurse to compete for Great Britain squad in American Football 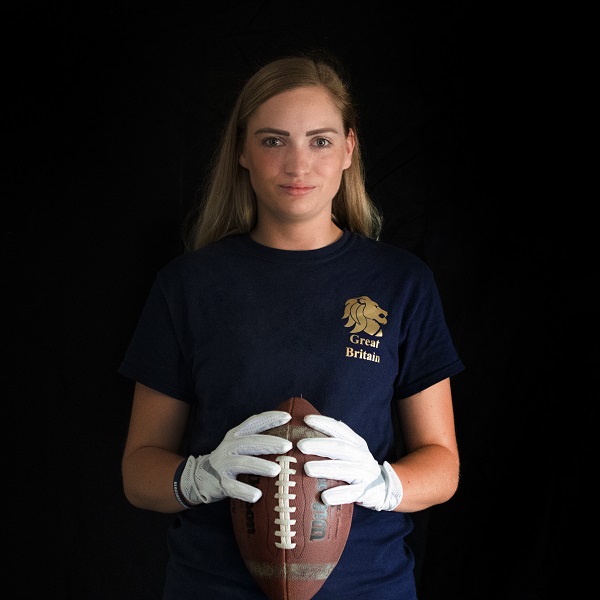 From nursing student to qualified nurse, Hattie Amis thought she had accomplished all her aspirations in life. That was until she was selected to compete for the Great Britain squad in American football.

Hattie has worked at QA Hospital for four years now, beginning as a Health Care Support Worker and finally reaching the end of her nursing degree to become a qualified nurse. Hattie is now based in the Oncology Department and says: “I love my job and find it so rewarding being able to help others when they really need it. I thoroughly enjoy caring for others and take pride in doing this.”

Hattie says she was originally inspired to play American football after watching her brother play and, after five years of playing the sport herself, she was called up to represent team Great Britain. “My biggest accomplishment is my recent selection to play for Great Britain, confirming that I am one of the top 45 female players in the country,” explains Hattie. “I can prove that if you put yourself into something 100% you can achieve so much. I am the only female on the Great Britain team from the south of England and more specifically from Hampshire.”

Hattie is off to compete in the European Championships today, which is hosted on home soil in Leeds, playing against Sweden, Austria and Finland.