Keep our busy emergency department free for those who need it. If you require urgent medical advice, which isn’t life threatening, contact NHS 111 online or by phone.

Please do not come to our sites if you have symptoms of Covid-19, flu or norovirus (vomiting and diarrhea). Please call NHS 111 for further advice and support.

You will be asked to wear a face mask in some of our clinical areas.

You can see our most up to date guidance here.

You are in:
Home / News / Celebrating our long service staff on the NHS 74th Birthday

Celebrating our long service staff on the NHS 74th Birthday 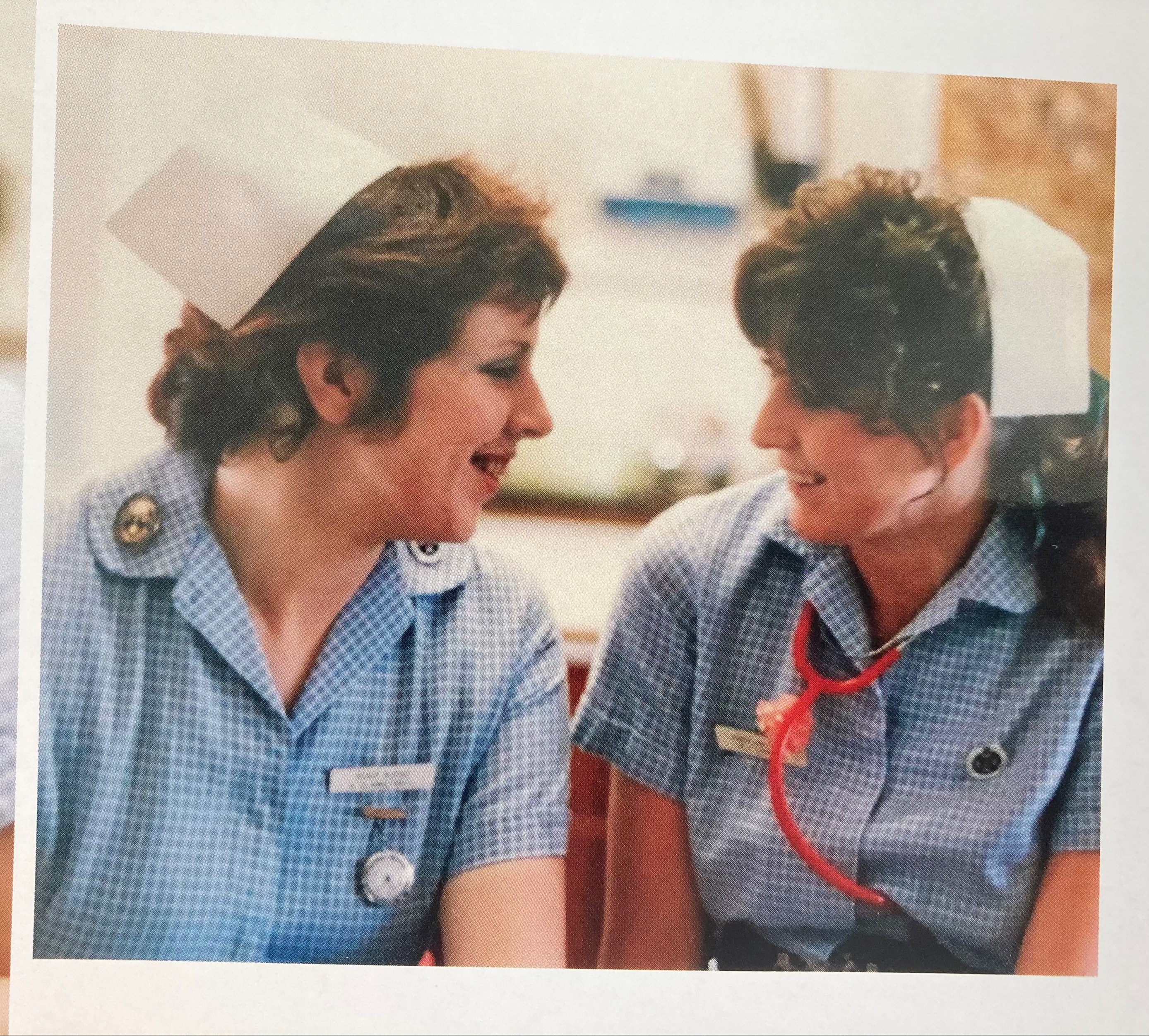 Tomorrow marks 74 years since the NHS was formed and the NHS Birthday is a chance to celebrate healthcare workers for going above and beyond.

When the pair joined the respiratory department, there was two consultants and two nurses.

The department now boasts more than 20 consultants, 15 nurse specialists and a multi-disciplinary team including physiotherapists and physiologists.

Nuala, who started in an acute medical ward and has just retired as a Tuberculosis Nurse Specialist, said: “Nursing is a wonderful career. There are highs and lows but even the lows in time enrich your career.  It provides an opportunity to make a meaningful difference, big or small to people’s lives.

“The patients and people I have worked with, the narrative that can surround them can be like a novel or a news story. They can also be heart-breaking as their situation is often tragic, but it is also uplifting and inspirational.

“I think we would all agree that the best part of our role is being able to treat people for a condition for which there is a cure. “

Liz, who joined the NHS in 1980, said: “I have so many favourite memories of my time at PHU but the main reason I love working here is the people. Those I have worked with throughout my career and the wonderful patients and their families I have been privileged to look after.

“One of the most memorable things was as part of my role working with the Association of Respiratory Nurse Specialists I was asked if I would be available to go to America with Stephen Hawking to care for him on a trip he was making. Ultimately the trip was cancelled as he wasn’t well enough to go.”

To celebrate their retirement Nuala and Liz will be completing a 500 mile walk through the Pyrenees and across northern Spain -  a dream trip the pair have talked about throughout their career.

Respiratory colleague, Dr Edmund Neville is celebrating 50 years in the NHS and worked with both Liz and Nuala in their early days.

For his dedication to patients and the education of staff, he won the South East NHS Parliamentary Lifetime Achievement Award. The national winner will be announced at a ceremony in Westminster on Wednesday 6 July.

Gynaecology staff nurse Lois Le Lion has a strong family tie to PHU after her parents met here when they both did their training in the early 1950s – just after the NHS was formed.

She did her nurse training in the same place just 27 years later and has been with PHU for 45 years.

Lois said: “My best memory was attaining my ward sister post back in the early 1980s.

“Since I joined I think that the biggest change is technology with Digimeds and robotic surgeries.

“I'm 65 this year and have now dropped my hour but I'd like to stay for a few more years because I still love my job.”

Our chief nurse Liz Rix is also celebrating 40 years with the NHS this year.

She said: “I have had the pleasure and privilege to be a nurse for 40 years and have worked with amazing and dedicated colleagues during this time.

“It never ceases to amaze me the family that is NHS staff support each other, are dedicated and committed. I am proud to be a nurse and very #proudtobePHU.”

Liz added: “We have so many people here that have been part of the NHS for so long. Being a part of change and evolving in their roles and career has meant that they have all had a part in the care of 1000s of patients and their loved ones. I want to say a big thank you to them.”